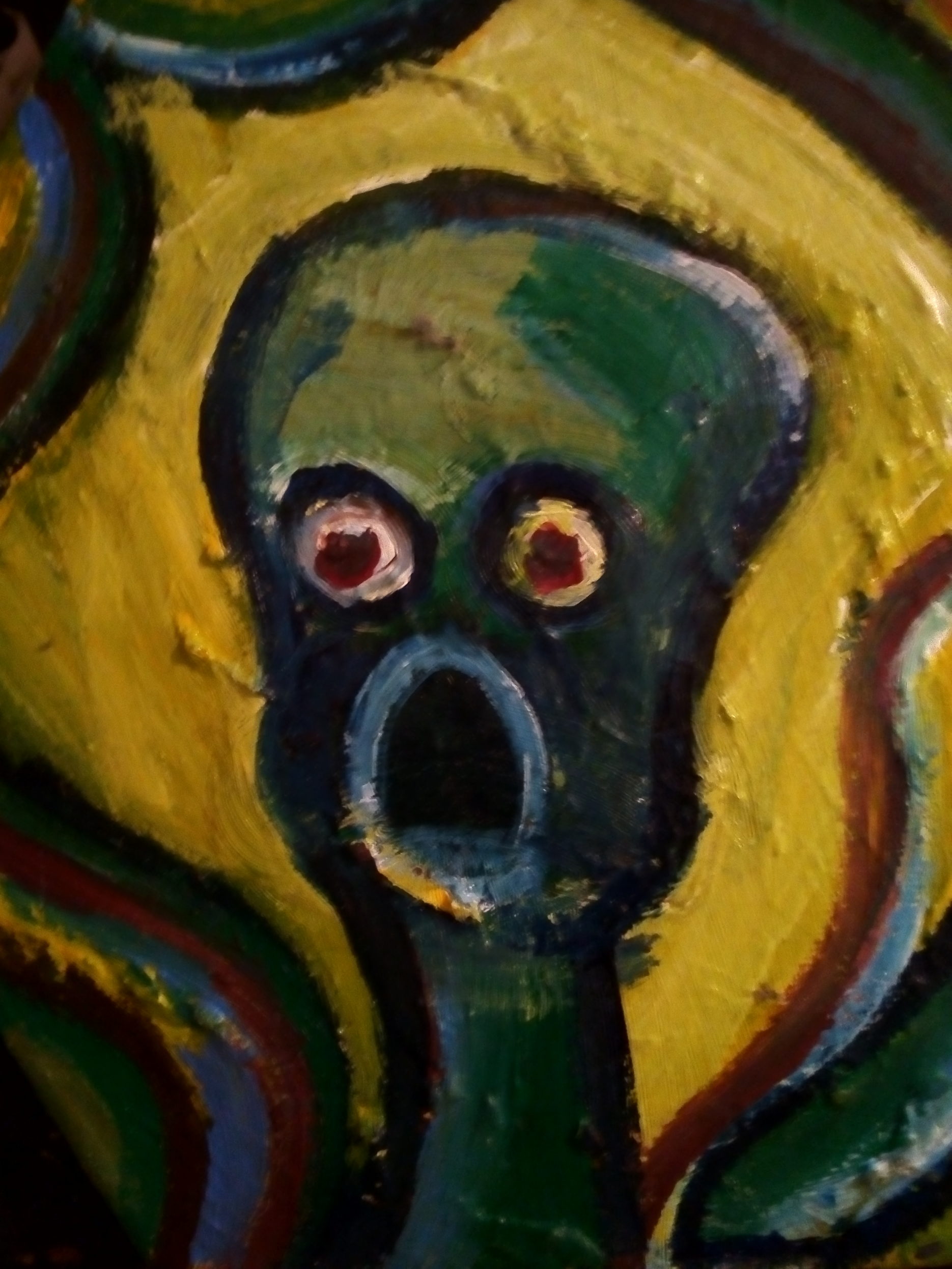 a poem by Matthias Maier

In the rivers flood running fast,

a shape came slowly floating past,

from where I stood, staring

with curiosity. As I went nearer

that amorphous Thing I beheld, whose form defies

And mad I went ; screaming in horror.

For the shape was neither dead nor

and rotten it floated on nigh.

form reanimated hideously as I stood there

prostrate, unable to move or to

A stench welled up,

as of a thousend charnel pits

and sepulchres, strangling the grass

and the flowers, befouling them.

The thing reared up slowly and shuffling,

menacing it made some steps

where I stood, certain sounds it uttered,

words full of repulsiveness and wickedness.

The shape then raised a fetid paw, plunging

half-blind forward, where I cowered in frantic fear,

transfixed as by some malevolent will.

My mind went dark and numb, as the odious Thing drew closer

and closer. As I at last regained my senses,

there lingered still that loathsome, foul

odour, that no clean air could vanquish.

Blindly and delirious and half-mad I stumpled

over that befouled river-bank until I could

smell at last again the wholesome air, whilst my head

still swirled and reeled from the minds ordeal.

Thereafter I dared not

to go back, where the grass

and flowers where dead shriveled

as by some vile sorcery.

But for ever after I dared not

where selfsame shapes bleat and prance

To some malefic figure the make their raucous obeisances,

its hateful eyes leering with at me,

No face the figure shows, but just a silken yellow mask

and on its head a baleful crown sits.

Once I beheld the face that lurks underneath

With a shriek full of soul-wrenching

Now not even sleep brings surcease

and rest, for I dread those realms

where no waking mind, save a few, ever may tread.

And  where the Elder Gods dance blind and

dumb to the piping of a flute

In the Center of the Cosmos,

where the Demon-Sultan holds it eternal, court